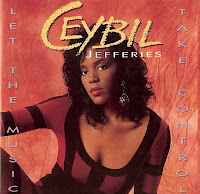 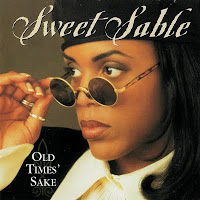 Next up is one of my fave house divas, Ceybil Jefferies, and one of my fave house albums. The woman has got a killer voice with soul to spare. And the songs, produced and mixed by a bevy of hot house producers, are pure dance heaven. Her songs "Love So Special", "Choices" and "Open Your Heart" were all club smashes, and deservedly so. But unlike other house divas like Sybil or Adeva (who did her own version of the track "Don't Let It Show On Your Face" the same year, to much greater success), Ceybil never climbed the pop charts. There is no good reason why except perhaps weak promotion, even though she was signed to major label Atlantic. Or perhaps it was the fact that her songs were released under so many name variations - simply Ceybil, Sybil Jefferies (her real name, changed due to the similarity with Sybil), Ceybil Jeffries (sans the second 'e' in her last name), etc. - that people got understandably confused as to who she was. Alas, Ceybil failed to follow up this album as a result - as Ceybil Jefferies at least. In 1993 she sang the amazing housey theme song for the cheesy TV show Acapulco H.E.A.T., (though it was rerecorded with Pepper Mashay for the following season).  That same year she would resurface on the Scotti Brothers label as Sable Jeffries with the new jack swing single "Friends (For Old Times Sake)". The song would appear the next year on the Above The Rim soundtrack as "Old Times' Sake" under the moniker Sweet Sable, and her image and style went from soulful, sexy and glamorous house diva to new-jack swing ghetto girl next door. She had a bit more success in this guise, with "Old Times' Sake" reaching #15 on the Billboard R&B charts. She released the album Old Times' Sake on Street Life Records as well as the singles "Tonight" and "Love Thang", which reached #'s 45 and 74 respectively on the Billboard R&B chart. But I didn't find this new direction near as enjoyable, and I suppose neither did a lot of people, as she released the single "I'll Never Go Back" in 1996 to no success, and the planned album Love On My Mind was apparently shelved. Once again calling herself Ceybil Jefferies, she popped as a featured vocalist on several house songs through the late 1990's and early 2000's, with her last known solo song being "Thank U For Blessing" in 2004. Given that this song was released on the label Backed By God, it can be assumed that she has since joined many other house divas in preaching and singing the word of God.

UPDATE:  Just got an update from Kyleigh that Sybil contracted neurosarcoidosis several years ago and is now completely blind. :(  According to Facebook, there was a surprise benefit for her in New York on August 3 of 2012 in which she was slated to perform despite her ailment.  We wish her all the best and send love and positive energy.

Video for Love So Special