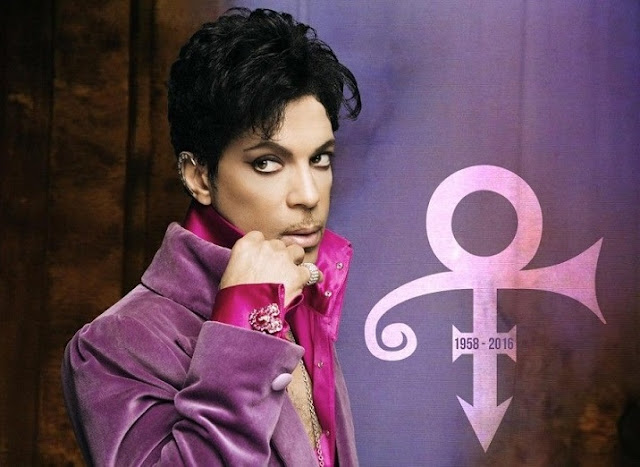 Just as I was finally coming to terms with the death of Vanity, the unbelievable news that Prince died assaulted me last week.  I couldn't, and still can't, process it properly.  I have already expressed my adoration and memories of Vanity and her influence on my life on this blog, and obviously if it wasn't for Prince, there would be no Vanity, so his influence is even greater.  He changed my life through his music and image as well, and I really cannot express just how important he has been to my life. To me, he WAS music, and every piece of music I enjoy to this day has some sort of Prince influence in it. In fact, this blog would not exist without Prince, as he encouraged me to explore different and less popular artists and music, especially though his protegees. Suffice it to say, I've been having a listening marathon to his music ever since, and I encourage all of you to explore his vast body of work and go beyond the hits.  Every single album that he has released, from the late 1970s to his death in 2016, have amazing album tracks that need to be heard, not to mention his b-sides and demos.  No surprise, those are what I've been indulging myself in.  In fact, my boyfriend asked me what my favourite Prince song is, and I immediately said "Space", which is from his Come album, an underrated and disregarded album released to fulfill his contract with Warner Bros. after he severed ties with them. I think it's one of his best albums, and "Space" is a masterpiece.  But there are so many others, I couldn't possibly list them.  And then there are all of the songs he wrote, produced, collaborated on or influenced for a multitude of other artists, all of whom I adore, like Sheila E., The Time, The Family, Sheena Easton, Jill Jones, Wendy & Lisa, Andre Cymone, and Chaka Khan, to name only a few. And of course the Isle has featured many of these artists as well. In honour of his unexpected passing, please visit the following posts and revel in his genius: Amar, Apollonia, Bobby Z, Carmen Electra, Carole Davis, Dale Bozzio, Day Zs, Elisa Fiorillo, Good Question, Ingrid Chavez, Lois L., Mayte, Taja Sevelle, Tyka Nelson, and, of course, Vanity.

"You better live now, before the grim reaper come knocking on your door."