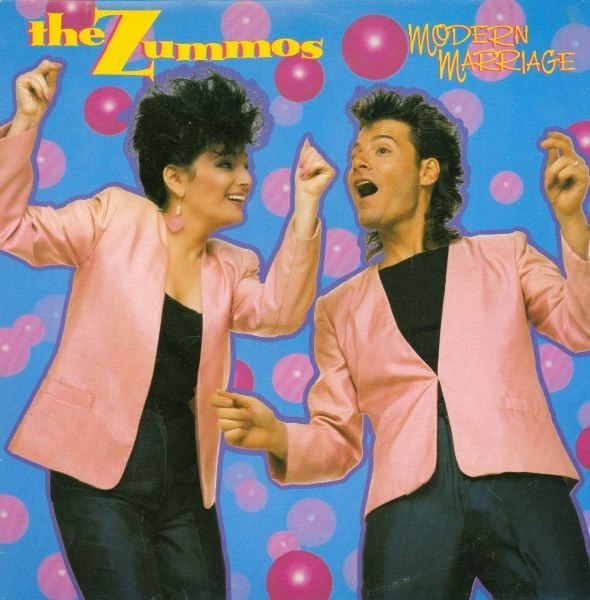 Oh dear, are we already 5 months into 2015 and I haven't posted anything?  I must say I don't have the time or desire that I used to, but I figure I should add a little something to keep you all interested. Isle fan Raymond generously sent me this awhile back, as it was on my wishlist after I heard about them when researching for my David Morales post (their single was his first major remix).  It is definitely fit for the Isle.  New York native Vinnie Zummo grew up in a musical family and taught himself how to play guitar. He got his big break when he met established British new wave/power pop artist Joe Jackson in 1983.  Joe asked him to play on his 1984 album Body And Soul and he ended up playing with Joe for the next five years. With Joe's help, Vinnie managed to get an album deal with Joe's label A&M, after enlisting his wife, singer Janice, to form the pop duo The Zummos. Their album was produced by the Zummos along with Joe Jackson, and it was similar to Joe's pop/new wave sound, though perhaps a little more bubblegum, thanks mainly to Janice's perky vocals.  "An Obsession (Over You)" was the first and only single, likely chosen for it's very upbeat dance-pop groove. The rest of the album is varied, from straight up new wave to retro '60s.  Overall it is a happy, fun listen.  "An Obsession (Over You)" was not a hit, though it did have some dance club attention thanks to the aforementioned David Morales remix, which really didn't alter the song too much. (You can download the remix on Lost Pop Treasures.) The duo was soon dropped, though Vinnie continued to record with Joe Jackson until 1989, and then went on to play with other artists.  He hooked up with Joe again in 2012 for his album The Duke.  That same year he and Janice released their second album together, Jazz Album, which obviously delved into their love of jazz music.  They still perform together to this day, and Vinnie has released several retro guitar-based albums which explore many genres, with Janice doing vocal duties, the most recent being A Retro Cool Mixed Bag Christmas in 2014.