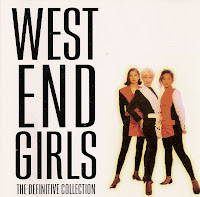 I'm cheating a bit here now, as I'm posting a compilation. It is the entire recorded work of Canada's West End Girls (not to be confused with the Swedish Pet Shop Boys tribute girl duo). Why am I posting what is basically a best of, by a group that released two albums and a remix album? A group that had many hits in Canada at that? It goes against my qualifications for admittance to the island! Well, it's because outside of Canada no one knows who they are, and I think you all would love them. Also, a hit in Canada doesn't mean so much (sorry, my beloved country). And the group really had two incarnations, each being quite different from the other. The short version of their story is that three girls, Camille, Silvana and Aimee, were brought together in Vancouver in 1991 by producer John Dexter to form a pop group. They released their self-titled debut to Canadian success, releasing four top 40 singles: "Not Like Kissing You", "I Want You Back" (a remake of the Jackson 5 hit), "Say You'll Be Mine" and "Show Me The Way". They were a brassy trio and very synth pop (especially the tracks "Fascination" and their remake of Blondie's "Dreaming"). They even had writing and vocal assistance from freestyle diva and Arthur Baker's wife Tina B. Alas, Silvana and Camille left the group, and were soon replaced by Janele and Celia-Louise. The new ladies, with Aimee, released the album We Belong Together. The sound was quite different, this time with a very R&B/hip hop vibe, with a healthy dose of pop, of course. They released the singles "R U Sexin' Me", "Sexy" and "Pure (You're Touching Me)" (a very Madonna Erotica-esque track), which were also Canadian hits. The album wasn't as successful as it's predecessor, however, and the group disbanded. Since, Silvana joined the group Pacifika, Camille was featured on Delirium's song "Duende" and was a back-up singer for Sarah McLachlan, Aimee joined the group D-Cru, Janele became half of pop-rock duo A Perfect Day (whose album will be featured in the future) and Celia-Louise has pursued an acting career. So enjoy the masterworks of a Canadian sensation that will never be heard from again! (FYI - tracks 1 to 9 are from their first album, 10 to 19 are from the second, and the last track is a demo recorded before their first album. Following are the album covers.) 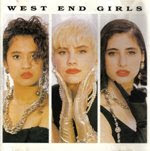 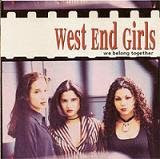 **UPDATE:  I just read an article in a local paper about Silvana's group Pacifika.  They are currently touring Canada.  Check out their website for more: http://pacifikaonline.com/

Go to my sister site for remixes of "Pure (You're Touching Me)".

Video for I Want You Back

Video for Pure (You're Touching Me)